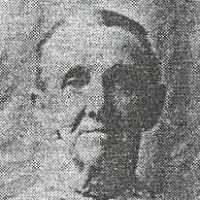 When Emily Green was born on 8 October 1845, in Rounds Green, Worcestershire, England, United Kingdom, her father, Henry Green, was 37 and her mother, Mary Ann Lacey, was 23. She married Fredrick Blake on 12 September 1868, in Salt Lake, Utah, United States. They were the parents of at least 3 sons and 2 daughters. She lived in Denver Township, Adams, Nebraska, United States in 1885 and United States in 1900. She died on 29 April 1926, in Preston, Franklin, Idaho, United States, at the age of 80, and was buried in Richmond City Cemetery, Richmond, Cache, Utah, United States.