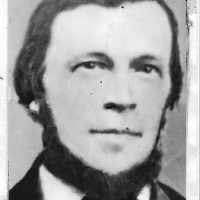 JAMES CLARKE James Clarke was born 18 July 1824 in Clifford, Bramham Parrish, Yorkshire, England to Samuel Clarke and Sarah Hill Clarke. He was taught the trade of carpenter and joiner while he was i …