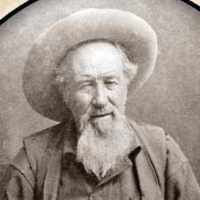 The Life Summary of Clark Allen

Put your face in a costume from Clark Allen's homelands.

Clark Allen Huntington “Al” was the son of Dimick Baker Huntington and Fannie Marie Allen. His family joined the Church of Jesus Christ of Latter-day Saints, when he was still very young. He was bap …