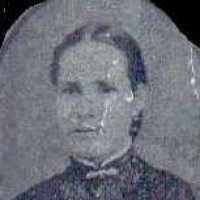 English: occupational name for an innkeeper, from Middle English (h)osteler (Old French (h)ostelier, an agent derivative of hostel, meaning a sizeable house in which guests could be lodged in separate rooms, derived from Late Latin hospitalis, from the genitive case of hospes ‘guest’). This term was at first applied to the secular officer in a monastery who was responsible for the lodging of visitors, but it was later extended to keepers of commercial hostelries, and this is probably the usual sense of the surname. Subsequently, the word came to mean ‘stableman; one who looked after horses’, but this was probably not the meaning at the time the surname was coined.German: from a short form of an ancient Germanic personal name formed with a cognate of Old High German ōst(an) (see Oest ). Later it was understood as someone coming from the east or settling to the east of the village.

History of Mary Ostler Mary Ostler was the youngest child of John Ostler and Sara Endacott Gollop Mary was born in Bridgeport Dorset England September 28th 1849.Her father and mother joined the Ch …