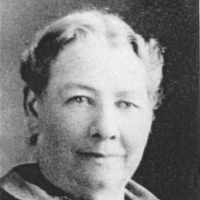 The Life Summary of Eliza Roxie

Put your face in a costume from Eliza Roxie's homelands.

I was born in Fayette, Sanpete County, Utah in the year 1891, Oct 1. My honored and revered parents are John and Eliza Roxie Metcalf Bartholomew. They had previous to my birth ten children, six daught …