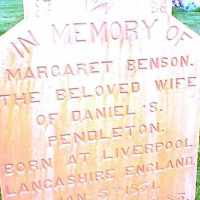 Margaret was born in Liverpool England. Her father was a pavier / quarryman. She grew up in the Howebrook house cottage in Heskin, Lancashire. Her Father had joined the Mormon Church at the age of 16. …