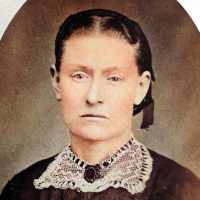 HISTORY OF REBECCA HENDRICKS ROSKELLEY I was born 2 Nov. 1835 at Franklin, Kentucky, just six months after my parents joined the Mormon Church. . My father was James Hendricks and my mother was Dr …