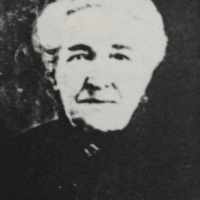 The Life Summary of Edna Jane

Put your face in a costume from Edna Jane's homelands.

Edna Jane Baker, daughter of Abraham and Elizabeth (Wilson) Coon, was born Sept 30, 1848, in Pottawattamic County, Iowa, and came with them to Utah in 1850, arriving at Salt Lake City at the age of tw …