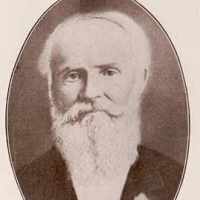 The Life Summary of Albert Mowry

Put your face in a costume from Albert Mowry's homelands.

There was considerable excitement at this time regarding the attitude of the United States government towards the people of Utah. Followed by the exodus of the people to the south in the spring of 185 …