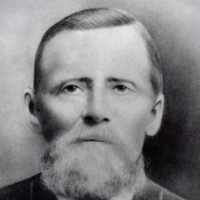 Put your face in a costume from Jens Peter Ipsen's homelands.

In the little village of Pedersker, Aaker Parish, in the southeast part of Bornholm, Yeppa Benson (Jeppe Bendtsen) was born 20 October 1796. He was the son of Bendt Jensen and Kirsten Pedersen, t …