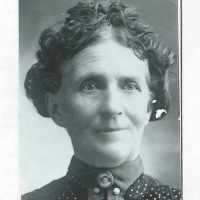 The Life Summary of Lois

English: habitational name from any of numerous farms and other minor places called with Middle English bent ‘coarse grass’ (Old English beonet ‘bent grass, coarse grass’), with reference to a tract of land growing with it.English: nickname from Middle English bent ‘bent, curved’ (of the back or legs) or ‘striped, ribboned’ (of clothing).East Frisian and North German: from a Frisian-Low German short form of the personal name Bernhart (see Bernhard ).