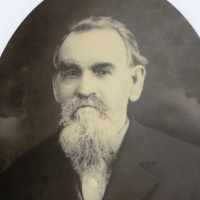 When Joseph Smith Redford was born on 21 February 1842, in Pilkington, Lancashire, England, United Kingdom, his father, Robert Patefield Redford, was 28 and his mother, Lettice Brown Eckersall, was 27. He married Selina Dinsdale on 22 November 1869, in Salt Lake City, Salt Lake, Utah, United States. They were the parents of at least 4 sons and 1 daughter. He lived in Blackburn, Lancashire, England, United Kingdom in 1871. He died on 17 May 1925, in Logan, Cache, Utah, United States, at the age of 83, and was buried in Wellsville Cemetery, Wellsville, Cache, Utah, United States.