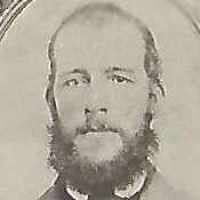 The Life Summary of George Usher

Put your face in a costume from George Usher's homelands.

As told to Faye H. Hammond Typed March 15, 1963 My father, George Usher Smith, was born in Durham, England, in 1840. My Mother Matilda Sarah Farnes Smith was born in Essex, England. Her mother was …