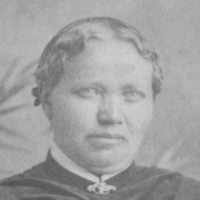 The Life Summary of Mette Marie

Put your face in a costume from Mette Marie's homelands.

Pioneers? Yes, indeed they were. After receiving the gospel of Jesus Christ in their homeland of Denmark Lewis's parents Christen Anthon Christensen and Mettemarie Mortensen left their homeland and …