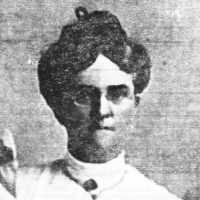 English (Dorset): variant of Balaam (assimilated by folk etymology to the Biblical personal name Balaam, see Numbers 23–24), which is a habitational name from Baylham in Suffolk or a Norman surname derived from Ballon in Le Mans, Sarthe, France (compare Ballon ). The surname may also be a variant of English Balham, perhaps from Balham in Streatham, Surrey, named with Old English bealg ‘smooth’ or ‘round’ + hamm ‘water meadow, land hemmed in by water’.