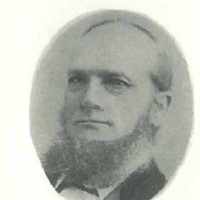 The Life Summary of Samuel Cornelius

Put your face in a costume from Samuel Cornelius's homelands.

Marintha Hart Guest gives an account of her life which includes information of her father, Samuel Cornelius Hart. This is from a recording by her daughter and son-in-law, A. Elden and Vivian Guest Bal …