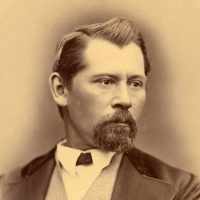 When Richard Morris III was born on 24 June 1834, in Vernham Dean, Hampshire, England, United Kingdom, his father, Richard Morris II, was 27 and his mother, Elizabeth Alexander, was 28. He married Emma Packer on 1 December 1855, in At Sea. They were the parents of at least 4 sons and 7 daughters. He immigrated to Utah, United States in 1860 and lived in Thatcham, Berkshire, England, United Kingdom in 1841. He died on 12 December 1901, in St. George, Washington, Utah, United States, at the age of 67, and was buried in Saint George City Cemetery, St. George, Washington, Utah, United States.

Richard Morris was the son of Richard and Elizabeth Alexander Morris. He was born in Vernham, England on June 24, 1835. Not too much information is available relative to his early life. We do know, …