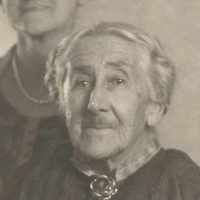 The Life Summary of Harriet Fanny

Put your face in a costume from Harriet Fanny's homelands.

Anglicized form of French Henriette, a feminine diminutive of Henry (French Henri) coined in the 17th century. It was quite common in England in the 18th and early 19th centuries.