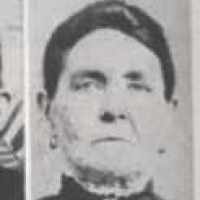 When Bengta Pehrsdotter Carlsson was born on 1 August 1832, in Riseberga, Kristianstad, Sweden, her father, Pehr Carlsson, was 26 and her mother, Kjersti Jonsson, was 26. She married Ole Jeppsson Okerlund Sr on 20 December 1854, in Vittskövle, Torrlösa, Malmöhus, Sweden. They were the parents of at least 4 sons and 7 daughters. She died on 28 April 1915, in Loa, Wayne, Utah, United States, at the age of 82, and was buried in Loa, Wayne, Utah, United States.

Put your face in a costume from Bengta Pehrsdotter's homelands.

History- His Story- is man's story, the story of his hopes and dreams and the struggle to make these dreams come true. It is your story and mine. Every day and every deed is making history. Since the …