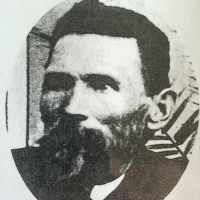 The Life Summary of Ole Jeppsson

Put your face in a costume from Ole Jeppsson's homelands.

The choir had just sung “Behold the Great Redeemer Die" and the priesthood had passed the emblems of the sacrament to the congregation. It was now time to hear preaching. Ole Okerlund Sen., the first …