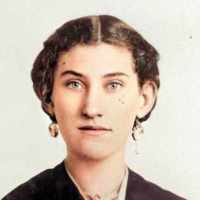 The Life Summary of Caroline Augusta

Put your face in a costume from Caroline Augusta's homelands.

History of John Ezra Pace as told by one of his daughters Introduction by Robyn Keate Patton, one of his great-granddaughters: I recently came across this brief history of my great-grandfather, Jo …