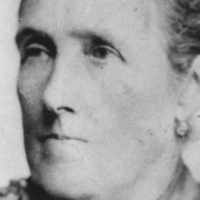 When Charlotte Scott was born on 6 May 1833, in Ampleforth, Yorkshire, England, United Kingdom, her father, George Scott, was 24 and her mother, Mary Granger, was 26. She married Charles Weatherston on 20 February 1855, in Sunderland, Durham, England, United Kingdom. They were the parents of at least 6 sons and 4 daughters. She died on 13 June 1901, in Plain City, Weber, Utah, United States, at the age of 68, and was buried in Plain City Cemetery, Plain City, Weber, Utah, United States.