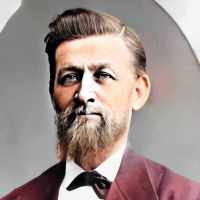 Americanized form of Norwegian Ellingsen and of its rare Swedish cognate Ellingsson.

Ole Ellingson, a native of Fredrikstadt, Norway, was born February 28, 1831, the fourth child in a family of seven. Like Nephi of old, he was born of goodly parents, Elling Hansen and Inger K. Jonsen …