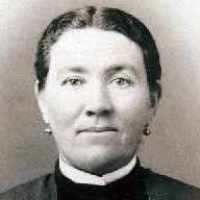 When Catherine Roberts was born on 7 November 1844, in Llanfrothen, Merionethshire, Wales, United Kingdom, her father, Daniel D. Roberts, was 24 and her mother, Winnifred Lloyd, was 21. She married Amos Russell Wright on 28 April 1861, in Brigham City, Box Elder, Utah, United States. They were the parents of at least 7 sons and 5 daughters. She died on 25 March 1917, in Bennington, Bear Lake, Idaho, United States, at the age of 72, and was buried in Bennington Cemetery, Bennington, Bear Lake, Idaho, United States.

Between the years 1845 and 1856, or thereabouts, there lived in the beautiful valleys, among the hills of North Wales, three brothers, namely, David R. Roberts, Daniel Roberts and John Roberts, all o …