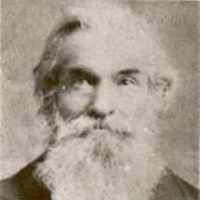 The Life Summary of Marshall Franklin

Put your face in a costume from Marshall Franklin's homelands.

~Edited by Leola Housley Bott~ Marshall Franklin Allen was born 12 October 1833, in Mansfield, Cattaraugus County, New York, He was the son of Albern Allen and Marcia Allen. Marshall was the fo …