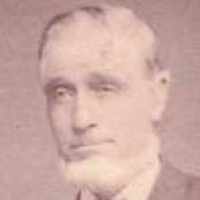 When John Browning Smith was born on 19 January 1829, in Stewarton, Ayrshire, Scotland, his father, Adam Wylie Smith, was 31 and his mother, Martha Browning, was 28. He married Margaret Gibson on 15 April 1851, in Council Bluffs, Pottawattamie, Iowa, United States. They were the parents of at least 5 sons and 5 daughters. He immigrated to New Orleans, Orleans, Louisiana, United States in 1849 and lived in Stewarton, Ayrshire, Scotland, United Kingdom in 1841 and Pottawattamie, Iowa, United States in 1850. He registered for military service in 1851. He died on 28 October 1900, in Lake View, Tooele, Utah, United States, at the age of 71, and was buried in Tooele City Cemetery, Tooele, Tooele, Utah, United States.

Adam Browning Smith was the son of Adam Willey Smith and Martha Browning Smith. He was born in Ayreshire, Scotland on January 30, 1832. There were 8 children in this family: Jean born in 1821 and …