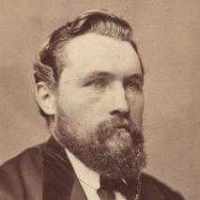 The Life Summary of Andrew Rasmus

Put your face in a costume from Andrew Rasmus's homelands.

From Veddum to Castle Garden

The official state religion in Denmark was Lutheran. The LDS missionaries were not welcomed into many communities and some were beaten or imprisoned. There was a lot of speculation of the beliefs an …