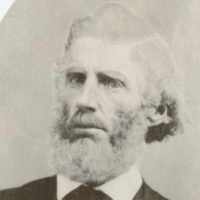 In 1819, in McCreary County, Kentucky along Cumberland River was the site of the first commercial oil well.
1836 · Remember the Alamo