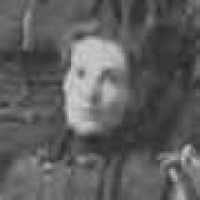 The Life Summary of Agnes Nicol

When Agnes Nicol Macfarlane was born on 4 March 1861, in Dundee City, Scotland, United Kingdom, her father, Andrew Nevin Macfarlane, was 30 and her mother, Elizabeth Nicol, was 33. She married Levi Augustus Phillips on 17 November 1881, in Salt Lake City, Salt Lake, Utah, United States. They were the parents of at least 3 sons and 1 daughter. She lived in Dundee, Forfarshire, Scotland, United Kingdom in 1861 and Salt Lake City, Salt Lake, Utah, United States in 1880. She died on 14 September 1898, at the age of 37, and was buried in Lehi City Cemetery, Lehi, Utah, Utah, United States.

Put your face in a costume from Agnes Nicol's homelands.

Autobiography of Levi Augustus Phillips Written by Himself My father's name was William James Phillips. He was born in the City of Lymington, Isle of Wight, Hampshire, England. My mother's na …