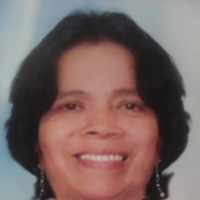 The Life of Joaquina

When Joaquina Flores Fiestas was born on 28 April 1950, in Pueblo Nuevo, Sullana, Piura, Peru, her father, Cruz Flores Olaya, was 41 and her mother, Juaquina Fiestas Vilches, was 40. She married Jose Alejandro Anton Juarez on 12 March 1970. They were the parents of at least 1 son and 1 daughter. She died on 9 April 2014, in Lima, Lima, Peru, at the age of 63, and was buried in Paita, Piura, Peru.

Put your face in a costume from Joaquina's homelands.

Peru fights border war with Ecuador over Cordillera del Condor, which a 1942 protocol had given to Peru.
1998

There are no historical documents attached to Joaquina.