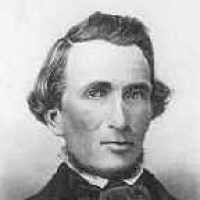 The Life Summary of Jedediah Morgan

Put your face in a costume from Jedediah Morgan's homelands.

A SHORT BIOGRAPHY OF GEORGE HALLIDAY

[A biography of George Halliday from the Latter-day Saint Biographical Encyclopedia, Volume 3. A Compilation of Biographical Sketches of Prominent Men and Women in the Church of Jesus Christ of Latte …