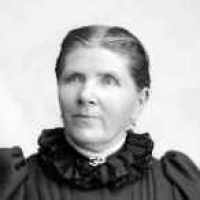 The Life Summary of Margary

Put your face in a costume from Margary's homelands.

English (mainly Yorkshire, Lancashire, and Midlands): topographic name for someone who lived in a house by a stretch of water, from Middle English water ‘water’ + hous ‘house’.History: Richard Waterhouse, a tanner from Yorkshire, England, emigrated to Portsmouth, NH, in 1669.