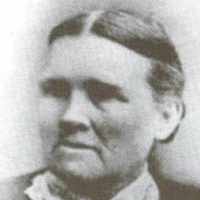 Put your face in a costume from Sarah Ann Humphreys's homelands.

Crossing the Plains in 1851

In Sarah Ann Roe Scott’s autobiography, she stated that “those that didn’t come to the mountains in those days do not know what it is like to travel over the plains in wagons drawn by oxen and pass …