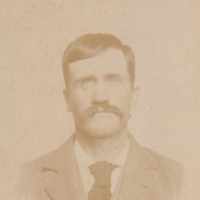 The Life Summary of Alonzo Sheridan

Put your face in a costume from Alonzo Sheridan's homelands.

From "The Greer (Grier) Frontiersmen and Related Families" Volume 1, page 545

Hannah was called Aunt Vic. Her girlhood was filled with experiences of rolling wagons, campfires, and nights sleeping under the stars. She, like the rest of her family, would always remember all th …