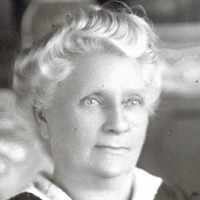 The Life Summary of Edwina Mariah

Put your face in a costume from Edwina Mariah's homelands.

Edwina Mariah was born on 26 November 1851 in Webster, Hancock, Illinois to Lorin Edwin and Lovina Smith Walker. She was the fourth of fourteen children, seven girls and seven boys. Her mothe …