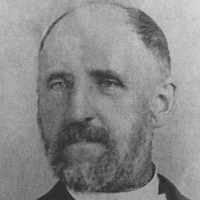 The Life Summary of Joseph Flitcroft

Put your face in a costume from Joseph Flitcroft's homelands.

(This is the history of Joseph Birch up to 1906. It was written by himself.) Born in the city of Manchester, England in August 13, 1824. Thomas Birch and Mary Flitcroft were the parents of Joseph. …