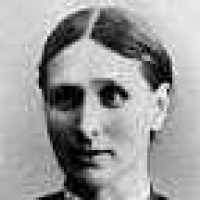 Mary Ann had black hair, fair complexion, and brown eyes that sparkled. She liked fun and was of a cheerful disposition. She was fond of reading; liked fiction, loved the cultural things of life, li …