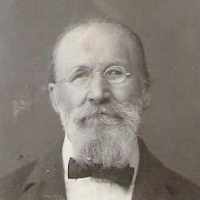 The Life Summary of Jeremiah Lagdon

Put your face in a costume from Jeremiah Lagdon's homelands.

Jeremiah Lagdon Robinson 1829-1911 Born in London, England 2 November 1829 Arrived in Utah the Year of 1866 Written by his granddaughter, L. Bernice R. Anderson Information was obtained from …