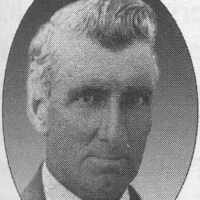 The Life Summary of Edward William

Put your face in a costume from Edward William's homelands.

English: from Middle English sterre ‘star’ (Old English steorra), used, like the Old Norse Stjarna, as a nickname, but also occasionally as a personal name. The word was also used in a transferred sense of a patch of white hair on the forehead of a horse, and so perhaps the nickname denoted someone with a streak of white hair. This surname has been established in Ireland since the 17th century.English: in addition, the name may occasionally also have been topographic or habitational, referring to a house or inn distinguished by the sign of a star (see 2 above). Surnames derived from house and inn signs are rare in English.Jewish (Ashkenazic): variant of Star 1 and 3.