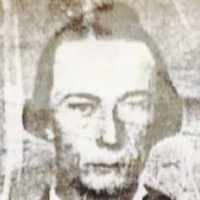 The Life Summary of Richard Anderson

Put your face in a costume from Richard Anderson's homelands.

RICHARD ANDERSON IVIE In the town of Shelbyville, Bedford County, Tennessee, Richard Anderson Ivie, first son of James Russell and Eliza McKee Faucett was born. The parents were converted to the …