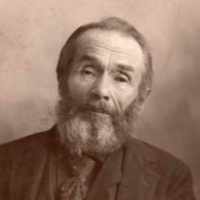 The Life Summary of Stephen Samuel

Put your face in a costume from Stephen Samuel's homelands.

Americanized form of Dutch Wijngaerd, a topographic name meaning ‘vineyard’. This is also a common placename in the Netherlands, and the surname may be a habitational name from one of these places.

Winegars and the early church

The Winegars and the Early Mormon Church I have been working on a project to create an extensive Winegar data base by adding to my existing files information from the Winegar Tree newsletters. In th …