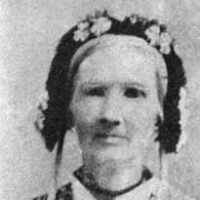 The Life Summary of Felicia

Put your face in a costume from Felicia's homelands.

Francis was the son of James Spannons Astle and Rachel King. He was born 2 February 1810 at Diesworth, Leicestershire, England. His wife, Felicia Raynor, was born at Hucknall, Nottinghamshire, England …