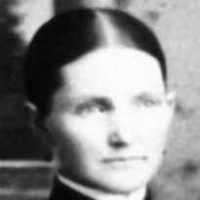 English: metronymic from the Middle English female personal name Malin (a diminutive of Mall, a common form of Maud) + -son.