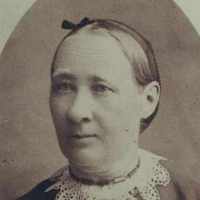 Put your face in a costume from Karen Pederson Nielsen's homelands.

Carl (Charles) Johan Beckstrand was born 26 June 1829 in Grandstrope, Vellstad, Jonkoping, Sweden. He was the son of Knut Johan Beckstrand, a soldier of the ocean, (sailor) and Ingerid Jacobson, who …