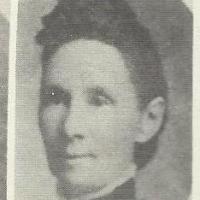 When Harriett Hall was born on 21 April 1840, in Harborough Magna, Warwickshire, England, United Kingdom, her father, James Hall, was 32 and her mother, Lucy Grant, was 30. She married John Ingram on 30 March 1862, in England, United Kingdom. They were the parents of at least 5 sons and 4 daughters. She died on 25 October 1911, in Nephi, Juab, Utah, United States, at the age of 71, and was buried in Vine Bluff Cemetery, Nephi, Juab, Utah, United States.