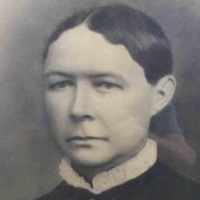 When Kirsten Jensen was born on 22 November 1841, in Sengeløse, Copenhagen, Denmark, her father, Jens Andersen, was 26 and her mother, Ane Pedersdatter, was 26. She married Lars Larsen on 3 July 1861, in Florence, Douglas, Nebraska, United States. They were the parents of at least 1 son and 3 daughters. She lived in Sengeløse, Smørum, Copenhagen, Denmark for about 10 years and Rich, Utah, United States in 1870. She died on 13 August 1921, in St. Charles, Bear Lake, Idaho, United States, at the age of 79, and was buried in St. Charles, Bear Lake, Idaho, United States.

A History of the Hansen Family

(Mette Anderson Hansen is the mother in this story as told by her daughter Affaloney. Jorgen Christoffer Hansen is Affaloney's father. kb) When I was a girl, mother would sit by the fireside at night …