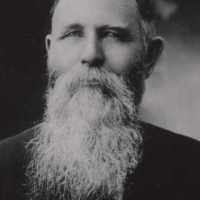 Except from Biography of Parley P. Christensen--Presidential Candidate

Parley P. Christensen was the fifth of thirteen children born to Peter and Sophia Christensen. Parley's father and mother came from Denmark and crossed the plains separately with ox teams, walking mo …