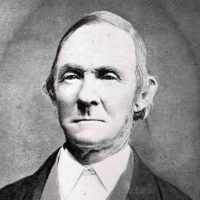 The Life Summary of Matthew Hayes

Put your face in a costume from Matthew Hayes's homelands.

(What is not written here is the fact that Matthew Hayes Ivory abandoned his first wife and children because they, as Christians, refused to convert to Mormonism. She remained steadfast in her faith …