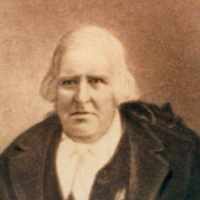 English, French, and German: from the personal name Austin, from Latin Augustinus, a derivative of Augustus (see Augustin ). This was an extremely common personal name in every part of Western Europe during the Middle Ages, owing its popularity chiefly to Saint Augustine of Hippo (354–430), whose influence on Christianity is generally considered to be second only to that of Saint Paul. Various religious orders came to be formed following rules named in his honor, including the ‘Austin canons’, established in the 11th century, and the ‘Austin friars’, a mendicant order dating from the 13th century. The popularity of the personal name in England was further increased by the fact that it was borne by Saint Augustine of Canterbury (died c. 605), an Italian Benedictine monk known as ‘the Apostle of the English’, who brought Christianity to southern England in 597 and founded the see of Canterbury.

English: variant of Aspden , with which this surname became confused.

History: This was the name of a merchant family that became established in eastern MA in the 17th century, notably in Charlestown. Richard Austin came from England and landed at Boston in 1638, and his son Anthony was clerk of Suffield, CT, in 1674. The surname is very common in England as well as America; this Richard Austin was only one of a number of bearers who brought it to North America. — In 1821 Stephen F. Austin (1793–1836), born in Austinville VA, founded the first Anglo colony in TX.