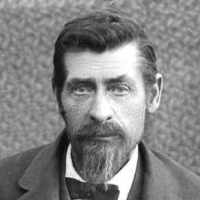 The Life Summary of James Laman

Put your face in a costume from James Laman's homelands.

A True Indian Story What a night it was, that spring back in the late 1860's. Rain came in torrents, and the heavens were as black as pitch, except as the bolts of lightning tore open the sky. J …